Posted on October 7, 2016 by admin There have been 0 comments

A good night's sleep is one of the greatest requirements for the body to function properly, and yet, there are hundreds of interruption
s to deter a deep sleep. Sleep apnea (also called sleep apnoea) and snoring are both such sleep disorders, which hamper deep sleep. In sleep apnea, it is the interrupted breathing problem, whereas, snoring is the act of breathing through the open mouth in such a way as to give rise to an irritating sound.

The most common form of sleep apnea is the "obstruction sleep apnea" or OSA. In this case, a person stops breathing during sleep, due to airway blockage. The breathing is usually resumed within a few seconds, and yet, in more serious cases, it can last up to sixty seconds. Sleep apnea can further lead to complications like high blood pressure, cardiac diseases and disordered thinking. This happens because during sl
eep, relaxations of the muscles cause the narrowing or occlusion of the pharynx, leading to breathing obstruction. However, as soon as the brain senses an accumulation of carbon dioxide, the airway muscles are reactivated and breathing is resumed. This process interrupts deep sleep.

OSA syndrome is the most common form of sleep-disordered breathing and is seen in 2%female and 4%male. The most common mode of treatment is positive airway pressure. A mask is worn over the nose or mouth (or both), through which, a controlled stream of air is pumped by a breathing machine and this air pressure holds open the relaxed muscles.
Another form of treatment, usually prescribed for moderate apnea sufferers
, is a dental device. This is a mouth guard, which is designed to hold the lower jaw slightly down, than natural.

All sorts of sleep related disorders and disturbances could be treated with the Better Sleep Pillow, which helps individuals reach a deeper level of sleep and ensures better sleep quality. Without sleep disturbances, you are able to rise with
out any drowsiness or grogginess.

Stop suffering from sleep disturbances like sleep apnea and snoring. Use the Better Sleep Pillow Today and experience the luxury of soundless sleep. 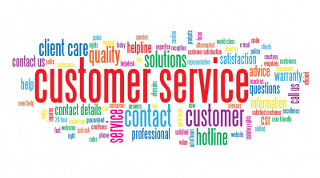